Welcome! MormonPlaces is an interactive database (a gazetteer) of the geographic locations that are significant to the history of the Church of Jesus Christ of Latter-day Saints and its sister churches of Joseph Smith's Restoration movement. This will eventually include congregations, settlements, cemeteries, buildings, and even historical events. 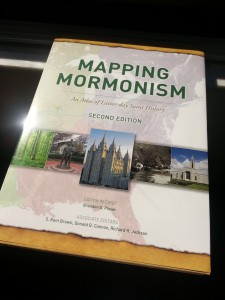 MormonPlaces is an outgrowth of Mapping Mormonism: an Atlas of Latter-day Saint History, in which we collected information on thousands of places from various regions, eras, and topics. This project builds on that with the following goals:

Currently, we are focused on documenting every ward and branch that existed in the LDS Church between 1830 and 1930. So far, we have documented over 7,000 of them! Try it out and give us your feedback. Do you have access to better data on local congregations and want to contribute? Contact me and we can add you to our editor beta program.